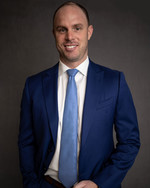 Jason became Riot’s Chief Executive Officer in February 2021 after serving as an independent Board member since November 2017.

Jason is the driving force behind the Company’s mission to become one of the most relevant and significant companies supporting the Bitcoin network.  He has been deeply involved with Bitcoin since 2013, with significant experience in cryptocurrency mining, and as an engineer studying protocol development, and contributing to open-source projects.

Jason was also a founding partner of Binary Digital, a software-development company where he led the engineering team and coordinated project development for artificial intelligence, reverse engineering, and inter-software compatibility projects.

Additionally, Jason’s background includes over a decade of unique experience as a former professional heads-up poker player during which he has successfully competed in high-stakes games online, in addition to the most prestigious, high-stakes tournaments in the world.  In 2015 and 2017, he was selected as a human benchmark for testing the world’s best poker artificial intelligence in what was dubbed “Man vs Machine” at Carnegie Mellon University in 2015 and 2017.

Jason holds a Bachelor of Science in Information & Computer Science from UC Irvine. 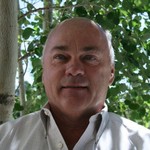 Jeff is the longest-standing member of Riot’s executive team and resumed his duties as the Company’s permanent CFO in February 2021.  During 2019 and 2020 he had served as Riot’s CEO.

Jeff brings decades of experience and steadfast leadership to the Company, both critical characteristics in emerging industries such as Riot’s.  In addition, he brings extensive hands-on experience in working with growing companies, achieving enhanced value for shareholders.  His career has spanned over forty years in senior leadership roles working as an audit partner with a national accounting firm, in addition to roles as an executive within multiple public entities.  He has in-depth expertise in matters pertaining to mergers and acquisitions, as well as SEC public reporting compliance, private offerings, IPOs, secondary offerings, and exploring and analyzing financing alternatives.

Jeff started his public accounting career with BDO USA, LLP.  From 1974 to 1997, he was an accountant with BDO USA, LLP, most recently serving as Managing Partner of the BDO office in Denver, Colorado.  He holds a Bachelor of Arts degree in accounting from Florida State University and became a Certified Public Accountant in 1975, now retired. 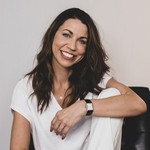 Megan Brooks’ experience includes over 18 years in accounting, risk management, and operations with five years of executive management. Brooks has a B.S. in Finance, along with a Masters Certificate of Accountancy from University of Houston, C.T. Bauer College of Business, certification in risk management and is a licensed Risk Manager.

Brooks is highly experienced in emerging industries and navigating new regulatory territories. As Vice President of Finance of Riot, she brings comprehensive experience in operations, finance, and risk management to the Riot Team.

During her time in the risk management/insurance industry Brooks received a global award for Power 50 "One to Watch List" and has written numerous pieces for global publications. Brooks worked with emerging insurance domiciles and regulatory bodies to design and implement guidelines/legislature for financial reporting, solvency, and asset portfolios. Further she provided tax planning, audit management, investment solutions, lending, and reinsurance programs for clients across multiple industries from real estate to manufacturing. 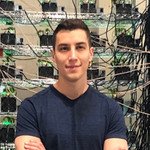 Karl joined Riot in December 2017 to oversee the planning, design, and build of the Company’s first mining facility in Oklahoma City.  He singlehandedly engineered a custom software suite and dashboard to automatically control and monitor the Company’s first fleet of 8,000 miners, which included remotely reporting on mine status and real-time profitability metrics.

Prior to Riot, Karl was a cryptocurrency consultant advising clients on business direction regarding their mining decisions, including scouting and researching many potential North American mining locations.  He has previously built industrial-scale cryptocurrency mines in North America and also operated a Bitcoin ATM network centralized in Vancouver, British Columbia. 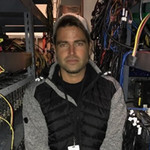 Paul joined Riot in 2017 and brings significant experience in the rapid deployment of mining equipment to Riot, where he currently oversees the efficient management and operation of Riot’s mining fleet in the United States.  Paul has been involved in supporting the Bitcoin network since 2013 when he built his first Bitcoin mine in Florida.  More recently, Paul has led the successful design, refurbishment and build of numerous Bitcoin mining sites in North America.

Additionally, Paul brings unique experience as a decorated military veteran to Riot, having previously served as an Army Ranger in the United States Army.  He is a recipient of the Iraq and Enduring Freedom Award and has completed several global humanitarian tours of duty.